An overview of the Create Ad Test task.

Written by Shad Super
Updated over a week ago

This article will cover one of the main system generated tasks that will help to improve your Ad Account.

Clicking the Details button will allow you to create a new ad test by writing a new ad to be tested against the ad currently running in your Ad Group. The Create Ad Test detail page allows you add a new ad for testing by clicking the "Write a New Ad for Comparison" button under the existing ad shown. 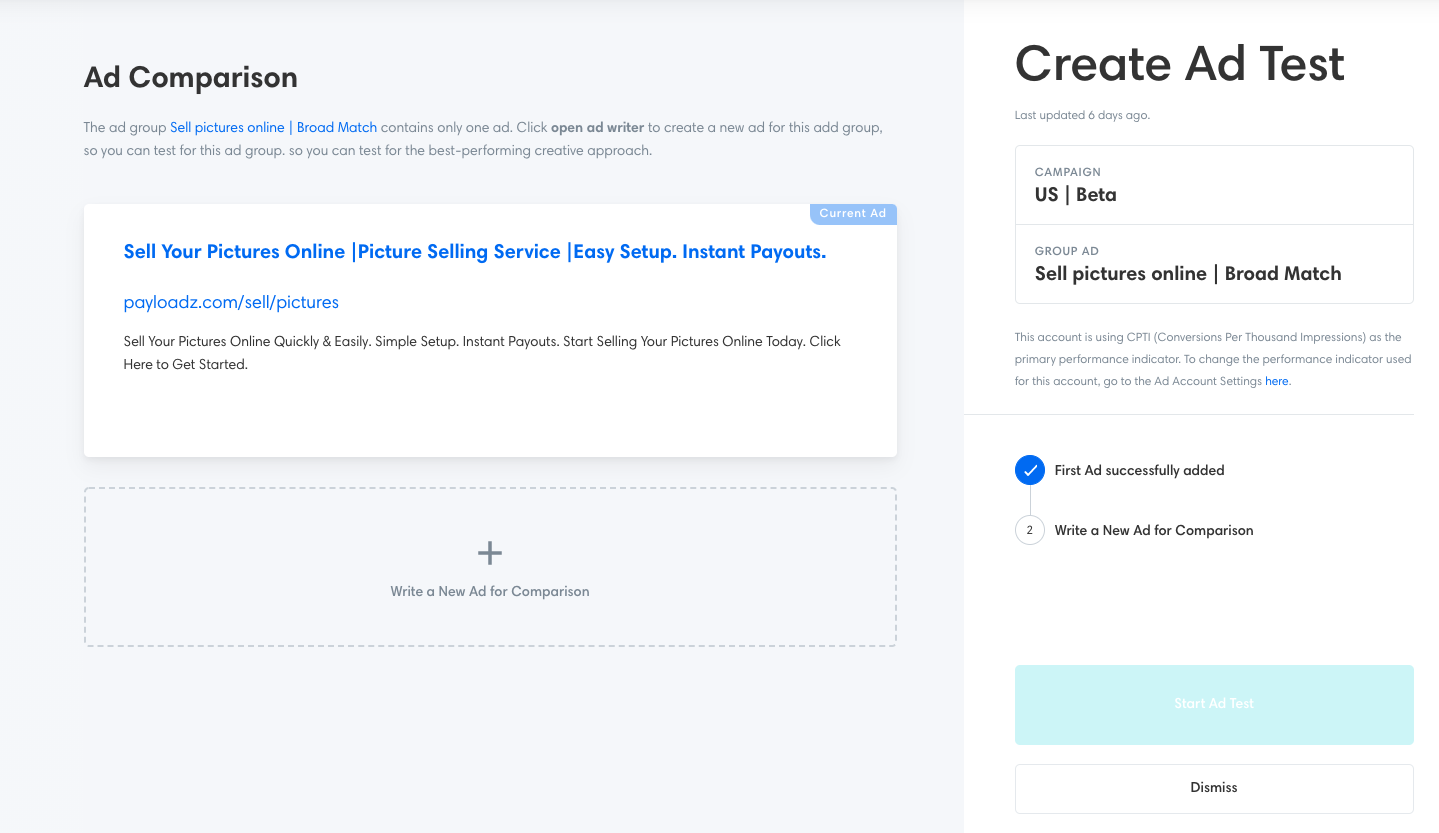 After clicking the "Write a New Ad for Comparison" button, you will be taken to the Ad Writer page where you will create a new ad to be used in the ad test. 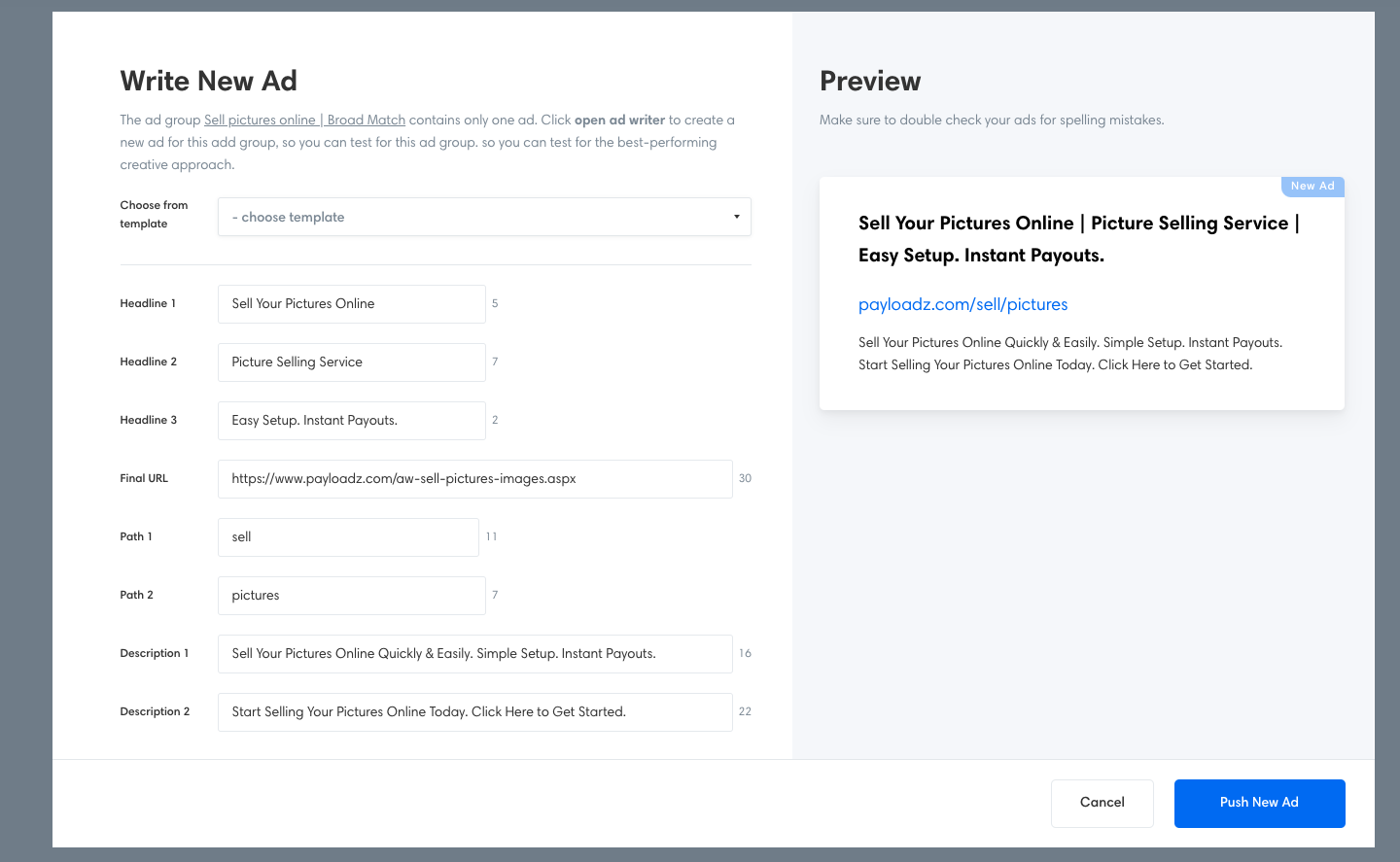 The Ad Writer is one of the key ways our service enables you to improve your ad performance by allowing you to select an existing or previous ad as a starting point for your new ad to be tested. Using the "Choose from template" drop down list will let you see all of the ads that have run in this ad group with their performance data that can be selected and used as your new ad start point by pre-filling the Ad Writer form fields.

When testing mature Google Ad accounts with a good amount of monthly Impressions, we suggest only changing one ad element at a time during any test. This lets you pinpoint the exact change that impacted your new ad performance which would not be possible with multiple ad changes.

When testing a new Ad Group or one with limited Impression volume, then making larger, multiple changes can have the benefit of beginning to craft an overall ad theme direction to later improve upon. In these cases, multiple, significant changes can work well here.

For very mature, fully-tested accounts, it can also be beneficial to make large changes from time to time to confirm your ad general theme and messaging direction.

Clicking the "Push New Ad" button will send the new ad to your Google Ad account and the ad experiment will then automatically be tracked by our system until enough data is gathered to determine a winning vs losing ad variant. After the ad test has run and has gathered enough data, a new task type is automatically generated for an "End Ad Test" task where you can review the ad test results and stop the experiment.

Did this answer your question?