An overview of the End Ad Test task

Written by Shad Super
Updated over a week ago

This article will cover one of the main system generated tasks that will help to improve your Ad Account.

The End Ad Test task is automatically generated by the system after and ad test experiment has been started. When AdOptics gathers enough data on a running ad experiment, the End Ad Test task will be generated automatically and be placed into the pending task to do list. This task will allow the user to compare the performance of the two ads in the experiment and choose an ad to continue running, while pausing the other ad. Our system will indicate which ad is the Winning vs Losing ad in the experiment based on your Ad Account test settings.

Clicking the "Details" button of an End Ad Test task will take you to the ad experiment comparison view that will display the performance data of the two ads in the test. The ads will be labeled as Winning and Losing based on the Ad Account settings. 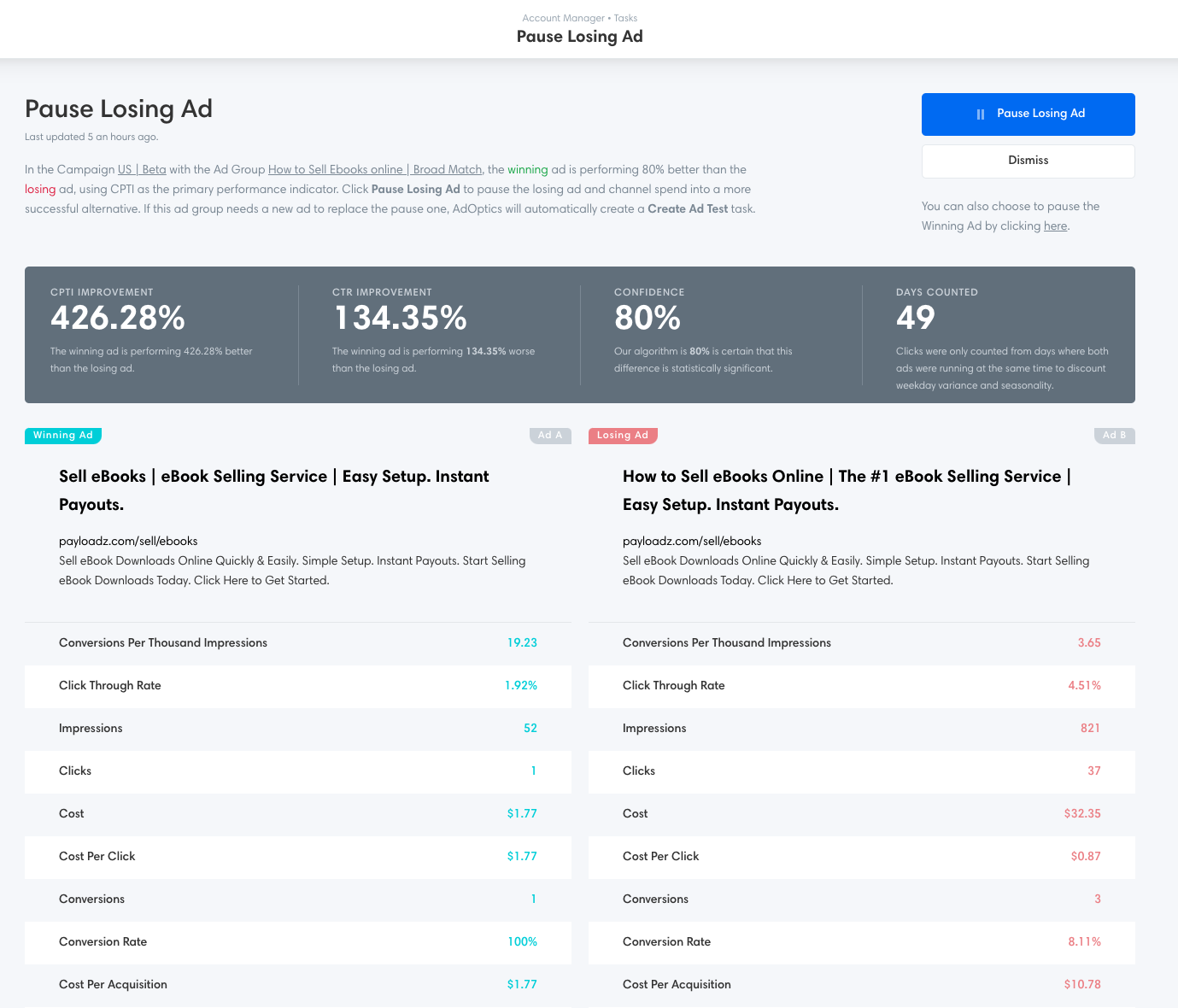 Clicking the "Pause Losing Ad" button will end the ad test and push the Pause Ad command to the Google Ads API, pausing the Losing ad in your Google Ad Account. The Winning ad will continue to run.

You can also choose to "Dismiss" the task that will continue the ad test to run for the selected Dismiss time period you select (1 Day, 1 Week, 1 Month, Forever). The task will be moved to your "Upcoming" task list panel and continue to gather data. One the dismiss period is completed, the End Ad Test task will be moved back to your Pending To Do task list view.

Did this answer your question?